With an estimated 42 million users in the UK, social media is something that is part of most people’s daily lives. Reflecting the current obsession with all things social media, a trend that is only set to increase in 2019, Netflix have released a range of interesting shows covering the good and the bad of social media! If you have an interest in social media, or work in the industry I recommend taking some time to watch them.

In this feature length show a filmmaker sets out to learn how to become a social media star. A tongue in cheek documentary showing the behind the scene life of a wannabe social media influencer!

This film left a bit of a sour taste in my mouth and really made me consider some of the darker aspects of social media. Following stars such as icon Paris Hilton and vine comedian Brittany Furlan this film shows the work it takes to build and online empire and the real pitfalls of fame.

This slightly unnerving look into the world of fake news, and computer generated imagery shows the possible dangers of the sophisticated technological that is blurring the lines between reality and fiction. In a world that is so dependant on social media, a place where everyone has a voice, how do we know people are really who they say they are? 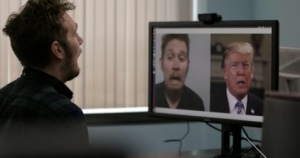 This documentary examines the erosion of privacy in the current digital age. A very interesting watch, using interviews with tech leaders and top thinkers to examine the concept of privacy and what it means in a world where we share everything.

Social media can be a hotspot for online trolling and abuse. As well as a force for good, social media as with any technology that is abused, can also be a breeding ground for violence. This documentary looks at the relationship between trolls, violence and social media and highlights those working to make social media a better place. 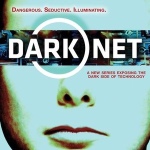